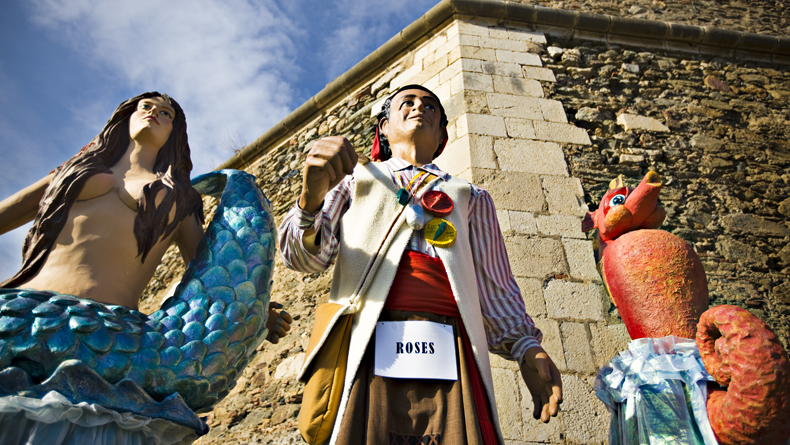 4 popular parties in Roses that you can’t miss it

Published on 20/05/2019 by ACP IMMO ROSES
Now that the good weather is here, it’s time to start enjoying the sun and the main summer parties in Roses. Although there are only 2 really local parties in Roses, we have included a few more parties that you can enjoy if you visit Roses during some other time of the year.

In Roses you will find popular festivals throughout the year. Although the best known are those held in summer and Carnival.

Many people visit us during the festivities of Roses in search of an apartment to spend a few days, that is why we wanted to write this article.

Locally known as La Festa Major del Carme, it is usually celebrated in mid-August (August 15 is a festive day in the town). The name of this festival is due to the Virgin of Carmen, protector of the sailors, according to Christian traditions. In his honor a procession of boats and a last paella of goodbye to this festival was celebrated.

The festival of Roses is well known by the people of the town and during the days it lasts they are usually filled with tourists and the inhabitants themselves. They are days to live on the street and enjoy the summer.

During these 5 or 6 days that this popular festival lasts, you will find concerts all over the town for the promenade and the Ciutadella, habaneras, sardanas, giants, barracas and the fair located at the entrance of the town, which you will surely see when you enter Roses To top it off, some beautiful fireworks will decorate the night of August 15 as a final trail to the party.

When the program of events of the Fiesta Mayor has been defined, we will upload it on the web.

Although it is a national holiday, the Carnival in Roses is lived as if it were ours. Carnival are days to dress up, enjoy and have fun. Who does not enjoy dressing up?

In early February or late (as happened this year), an event is held in Roses that unites people from Roses and surroundings in a parade of costumes. Different groups are disguised, currently more than 50 floats and rising year by year, participating in a party and a contest where the most beautiful costume is chosen. If you are a photographer, you also have a contest for you.

At night, after the passing of floats, people gather in the sports hall to continue the party.

In short, Roses during the 4 days of Carnival is transformed by stopping their daily routine to become pure celebration and fun. If you like Carnival, do not wait any longer and come and enjoy it! 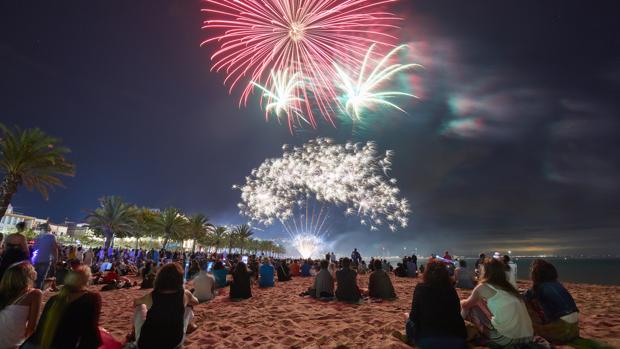 3. The Night of San Juan in Roses

What we are sure of is that for everyone it’s a magical night. Did you know that it is said that you have to bathe in water to attract good luck?

In Roses the emphasis is on this party, at 10 o’clock at night the whole walk is crowded with people waiting for the fireworks to start. And when they start Roses is mute listening only one “oooooohhh”. Once the fires are over, the San Juan festival begins.

If you are in the area or have thought to see the fireworks in a special way do not hesitate to come to spend the night of San Juan in Roses. And if you don’t have accommodation, we can find an apartment for you to spend San Juan in Roses.

On June 29, a few days after San Juan, the festival of Sant Pere, the Patron of the Fishermen, is celebrated.

An endless number of parties that you can enjoy during various times of the year. Although outside of summer it seems that there is not much to do wrong, because in Roses there are always parties and events to enjoy.

For example, for several days at the end of March the Ruta de las Tapas is celebrated, where more than 40 restaurants participate in a contest elaborating a tapa that will be voted on by the public. At the beginning of June we have the Fira de la Rosa. We also have the Posta de Sol Festivalet in October, with music and gastronomy.

As you can see, in Roses you can not get bored during the summer and the rest of the year. And even if you do not catch any party, the promenade in summer is special, especially in Santa Margarita for its good atmosphere and music.

Please fill in the log in or register forms